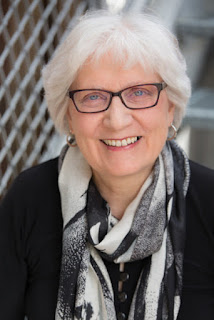 Next up in my; "Where Are They Now?" series, is: Dora Dueck. Dora, whose maiden name was Doerksen, graduated from Prairie College in 1971.
Dora is an award-winning writer, former editor, avid reader, and lay historian. She is the author of four books of fiction, as well as articles, essays, and short stories in a variety of journals. All That Belongs (Turnstone Press 2019) is her newest book. Her novel This Hidden Thing won the McNally Robinson Book of the Year prize at the 2011 Manitoba Book Awards and her short story collection What You Get at Home won the 2013 High Plains Award for short fiction. Her novella “Mask” was the winner of The Malahat Review’s 2014 novella contest.
She and her late husband Helmut have three adult children and nine grandchildren. She grew up in Alberta, lived many years in Winnipeg, and now resides in Delta, B.C.
Posted by Stephen J Rendall at 5:47 AM No comments:

WHERE ARE THEY NOW? #4 ~ Chris Coulstring 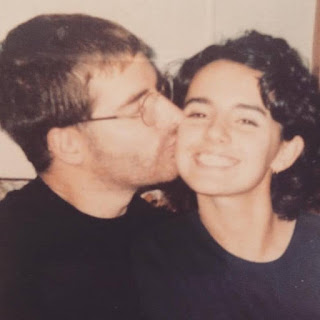 Next up in my; "Where Are They Now" series, is: Chris Coulstring

A graduate of Prairie College, Chris was the lead singer of a band called: Six Inch Rule (most of you can figure out where that came from! SIR eventually became Boxtree and the band had quite a number of personnel while they were active.

Chris now lives in Stony Plain, AB, with his wife Sharon (also a grad of PBC) and their family. Chris is a Youth Pastor at Beach Corner Church.
In a story much longer than we have room for and you have time to read, we set out to record the debut Boxtree album in my basement studio in our house in Three Hills, which we had named: The White House Recording Company. (The house was white!) Eldon Winter and myself worked on the album and to make a long story short, the album was never completed. What was released were scratch mixes and bits and pieces that we cobbled together from DAT tapes.
One little anecdote: We were working on a song called: "The Fisherman Song" and we felt it needed some background vocals. We were working late at night and there was nobody there but Eldon and I, so the task of both singing the background vocals and recording them fell to us. Grabbing the remote and squeezing ourselves into the very small, very crude vocal booth we set about becoming background singers. Now keep in mind that neither of us consider ourselves to be singers of any kind and also keep in mind that I was kicked out of High School choir and failed miserably my audition for the High School Chorale.
We were laughing so hard, it literally took us several hours to record some pretty straight forward parts.
You can check out the song on youtube: https://www.youtube.com/watch?v=kX7fomiwSlk
Posted by Stephen J Rendall at 9:31 PM No comments:

WHERE ARE THEY NOW? #3 ~ Peter Graham Dunn 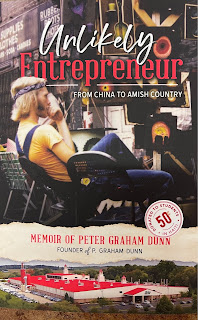 My, "Where Are They Now" series continues with Prairie College alum and unlikely entrepreneur, Peter Graham Dunn. I was delighted to have received my own, signed copy of Peter's new book entitled: Unlikely Entrepreneur - From China To Amish Country. This book is Peter's memoir and you will find his account most fascinating.

Peter Graham Dunn is the founder of P. Graham Dunn, the nation’s top supplier of US-made wall décor. He was born in China, grew up in Canada, married a steady Mennonite girl, LeAnna, helped raise four children, and continues to reside with LeAnna on their family farm in Ohio’s Amish and Mennonite community.
You can order your own copy from Amazon or purchase it directly from P. Graham Dunn. It is also available as an audio book.
Posted by Stephen J Rendall at 11:11 AM No comments:

WHERE ARE THEY NOW? #2 ~ Glenn Rudderrow 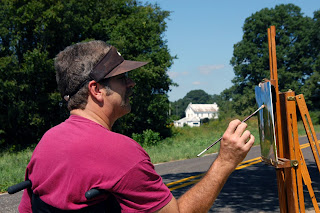 Next up in my, "Where Are They Now" series is world renowned artist, Glenn Rudderrow.
Some of you will remember the tragic day when the Rudderrow family (who were on staff at Prairie) went for a Sunday hike out to the Red Deer River, or the "Badlands" as they are often referred to.
That day, son Glenn took a terrible fall which left him a paraplegic. Glenn has gone on to become a world class artist and teacher, having taught at a prestigious art school in Philadelphia.
Check out Glenn's website at: www.glennrudderow.com 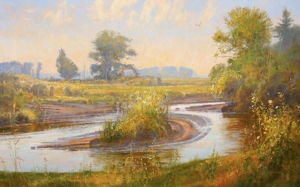 Posted by Stephen J Rendall at 6:17 AM No comments: 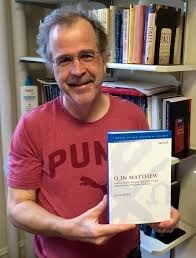 First up in my, "Where Are They Now" series, I am featuring, professor, author, lecturer, former Prairie staff kid, alum and grandson of Prairie's founder, J. F. Kirk.

Alan Kirk is Professor of Religion and Interim Academic Unit Head at James Madison University. Alan's focus is in New Testament and Early Christianity. His research focus is ancient gospels, including applications of cognitive and cultural memory theory to problems in the origins and history of the gospel tradition.
Recent publications include Memory, Tradition, & Text: Uses of the Past in Early Christianity, co-edited with Tom Thatcher (Leiden: Brill, 2005), “Memory Theory and Jesus Research,” in Handbook of the Study of the Historical Jesus, edited by Tom Holmén and Stanley E. Porter; (Leiden: Brill, 2010); “Tradition and Memory in the Gospel of Peter,” in Das Evangelium nach Petrus: Text, Kontexte, Intertexte, edited by Tobias Nicklas and Thomas Kraus (Berlin: de Gruyter, 2007).
Alan teaches a range of courses in New Testament and early Christianity. Currently he is developing a new course on gospels from the 1st to 3rd centuries A.D.
Alan and his wife Sue have 3 grown children and live in Harrisonburg, Virginia.
Posted by Stephen J Rendall at 10:39 PM No comments: 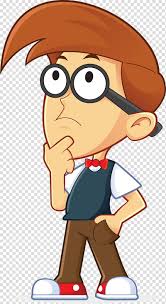 THE TRAGIC TALE OF THE TWO TURTLES 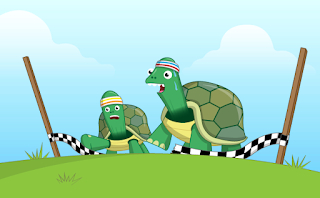