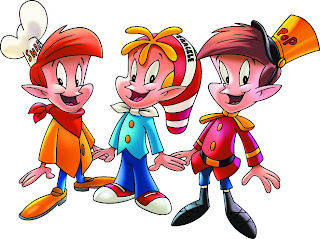 Since the beginning, mankind has tried to destroy by fire that which it didn't like or wasn't comfortable with. From incidents in the Biblical account, to scores of library and book burnings, martyrs burned at the stake, the burning of Joan of Arc, to the witch burnings in Salem, MA in 1692, there was no evil that a good hot fire couldn't deal with.

Music has not escaped this fiery method either. In 1966, following John Lennon's comments that the Beatles were "more popular than Jesus", the attack on popular music, especially in the Southern States, reached a fever pitch. Youth groups would gather and hold "record burning parties", where folks were encouraged to bring their worldly music and offer it up on a burning pyre as a public statement of not only their faith, but solidarity with those who took issue with this modern form of music.

Even the Ku Klux Klan got in on the act. In South Carolina, the Klan Grand Dragon, Bob Scoggins, nailed a Beatles record to a large cross and set it on fire. Other Klansmen justified their campaign on the grounds that, not only were the Beatles blasphemous, but they were not really white either. Tens of thousands of records were destroyed by this method in the following years. There were many reports of the sound of demons fleeing the records as they were being burned at these events.

News traveled slowly in the those days and our little town on the Prairies didn't clue in to this form of censorship until sometime in 1969. Many of the staff and students shared the view that rock 'n roll in any form was not only worldly, but evil, and certainly the basis for the destruction of modern day young people. Lots of money was made combating this perceived evil as scores of books were published on this very hot topic. The term sex, drugs and rock 'n roll was bandied about as if it were all one and the same. If you participated in one then certainly you were involved in the others.

Given this background, it was relatively easy for a few zealots to rally the troops and wage a campaign against worldly music. Although not officially endorsed by the school a date and time was set for a record burning event to take place in our town. The location was the field directly behind our house on Prairie Crescent. The appointed evening came and a large fire was started as a small crowd gathered. Many of them joined hands in a circle around the fire and began singing choruses. Pass It On, with the appropriately worded first verse, "It only takes a spark to get a fire going", Kumbayah, Bind Us Together, I Wish We'd All Been Ready and others, echoed across the empty football field and out into the night sky.

Once the fire was raging, people began to come forward and place their music on the altar. Records by the Beatles, Rolling Stones and The Carpenters were fed to the flames. Country, folk and jazz records didn't escape the heat either. Snap, crackle, pop went the fire. It wasn't long until the wails, screams and evil sounding hissing began. Eerie blue, green and red colors rose up out of the flames adding to the already ominous tone of the gathering. From my vantage point in the back yard, peering through the slats in the fence, this was exciting stuff!

The facts are, that this "phenomenon" was nothing more than a function of science. When you heat vinyl and plastics to a certain temperature, they will hiss, scream and wail. They will even turn a rainbow of colors. The exact same thing could be done with any George Beverly Shea, Gaither, classical or spoken word records and you would achieve the same result. I certainly am not denying that some music does contain evil or destructive messages. All forms of music from classical, jazz, country and rock have been participants in that at some time or another.

Folks, we don't need to go looking for evil around every corner or in every record, CD, MP3 or book. There is enough true evil right in front of us. Abuse of all kinds, the horrible treatment of so many of the marginalized and disenfranchised groups in our world. Political and corporate corruption of every kind.  There is enough right there to keep us busy combating evil for a lifetime.

Of course, being the collector I am, (or as my children would call me, a pack rat), I can't help but wonder what valuable albums were burned that day.

Backward masking was another modern development that people made a huge deal out of, going so far as to claim that the devil was actually encrypting hidden, satanic messages into the worldly music of the day. There is a technique called backward masking, but it was purposefully put there by engineers, producers and musicians, either in fun or to embed a message that would be there for those who took the time to look for it. Sometimes the messages were not very uplifting or wholesome.

In 1982, the rock group Petra, themselves no strangers to controversy, purposely embedded into the song Judas Kiss, on their album More Power To Ya, a backward message. Petra and their producer placed the message, "What are you lookin' for the devil for when you oughta be lookin' for the Lord?" . . .  Good advice!