EVERYTHING IS NOT ALWAYS AS IT APPEARS 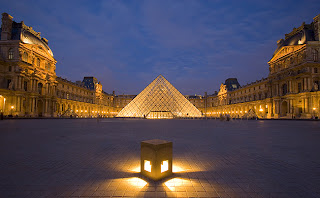 For a first time visitor to Paris, the list of "must sees" can be quite daunting. There are literally hundreds of attractions to absorb and a person could spend several years just taking it all in. When our family first visited in 1970, there were a number of highlights that we wanted to see. Along with Notre Dame Cathedral, The Eiffel Tower, Arc de Triomphe, Avenue des Champs Elysées, and Château de Versailles, high on our list was a visit to Musée du Louvre. The Louvre, as it is often referred to, exhibits sculptures, objets d'art, paintings, drawings and archaeological finds. It is the world's most visited museum, averaging 15,000 visitors per day, 65 percent of whom are foreign tourists.

In recent years, with the attention that Dan Brown has brought the Louvre with his books Angels and Demons and the DaVinci Code, there has been a renewed interest, with tourists coming from all over the globe to explore the massive museum. Containing more than 380,000 objects and displays and 35,000 works of art in eight curatorial departments, the museum boasts in its collection Leonardo Da Vinci's, Mona Lisa, probably the singly most recognizable painting in history. Works by Vermeer, Caravaggio, Rembrandt, Michelangelo and countless others grace the walls along with displays of sculpture, historical artifacts and antiquities.

In an effort to take in as much of the Louvre as humanly possible in one day, that particular July morning found our family up bright and early and down at the museum when the doors opened. We were accompanied by Dad and Mom's college friends, Rusty and Norma Young. The Youngs were the most gracious of hosts and drove us to Paris from their home in the French city of Lyon.

As we stood in line along with thousands of people, we observed what seemed to be a homeless man sitting on a bucket. Dark glasses covered his eyes. Wearing his tattered trench coat, rumpled fedora and thread bare shoes, he held in his filthy blackened hands a small wicker basket. A few coins lay on the bottom giving us the impression that his efforts were not being very well rewarded, at least on that particular morning. Both Dad and Mom, seeing the need, began to dig around for a few coins that they could place into the basket. Just as they were about to toss in the coins, Rusty stepped in front of them, motioning them to wait. Gathering us all into a huddle, he told us a story, which we could hardly believe.

As Rusty explained, it turned out that the poor homeless fellow was neither poor nor homeless. In fact he lived in a beautiful chateau on the outskirts of Paris, in an upscale neighborhood. Early every morning, before the crowds began to gather, he would have his driver drop him off in front of the Museum. Dressed in normal business attire, the only odd thing to the casual observer would have been that he was carrying a 5 gallon metal bucket. Ducking in to a public restroom, the man would get his "costume" and his wicker basket out of the bucket. Putting his good clothes into the bucket, he would blacken his hands and face, don his sunglasses and hat and venture out into the highest traffic area in the square.

Evidently this fellow had been paying close attention in Business 101 when the lecture was given on location, location, location. With thousands of people streaming by on a daily basis, his chances of getting donations were very high. What no one knew was that there was a slot in the top of the bucket and as the day progressed, he would continually transfer his "winnings" from the basket into the bucket, leaving only a few coins to give the appearance of his meager takings. At the end of his "work" day, he would disappear back into the restroom, change out of his costume and reappear on the street to await the long black limousine. This would all be repeated the next day, and the next.

Rusty informed us that this had been going on for years and had obviously proven extremely profitable. A sharp eyed reporter had started putting the pieces together and had written an article for the city paper, bringing the story to light. Because of the tremendous turnover of visitors, very few would ever encounter this man more than once in a trip to Paris. As he wasn't actually doing anything technically illegal, his scam carried on. As W.C. Fields said, "A rich man is nothing but a poor man with money" In this case, he was right!

I have often reflected on this experience. Should we stop giving to the man or woman on the street corner?  Should we walk on by pretending they don't exist? Of course not. 99% of these folks really need our help. And at the end of the day, it is not our position to judge. We do what our hearts know to be right. We are called to be compassionate. Will we get fooled on occassion? Absolutely!

That day I learned an important lesson, one that I have not always remembered and that is; Everything is not always as it appears. 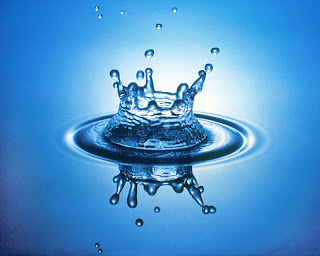 Posted by Stephen J Rendall at 10:09 PM No comments:

THESE BOOTS ARE MADE FOR WALKIN' 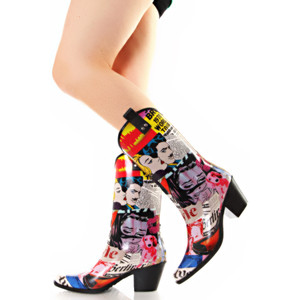 Everyone loves a bargain and my Mother was no exception. On a limited income of pastor and teacher, Mom kept us well fed and clothed. We didn't have what some would consider luxury items, but then again we had no idea what we were missing. Dad's salary, basically volunteer, put us well below the poverty line, but we were happy.

There were some sharp-eyed bargain hunters at Prairie that continually shopped for good deals. This was long before reality shows such as Bargain Hunters, American Pickers, etc. Come to think of it the whole shootin' shebang at Prairie would have made an incredible reality show!

On one of the purchasing departments forays into Calgary, they stumbled on an entire shoe and boot shop that was going out of business. Purchasing the whole lot, it was packed up and transported out to the campus. There the contents were set up in a couple of large rooms. Boots and shoes of every color, size and description were to be sold at a fraction of the retail cost. Mom was in line bright and early the day of the sale. She purchased some shoes for herself, Dad and us boys. She also found what we determined to be the "Deal of the Day".

The deal of the day was a pair of rubber boots, rain boots or gum boots as we called them. These were no ordinary gum boots. Oh, no, these were special. They were made to look like cowboy boots. Red rubber piping around the top complemented red toes and heels. They even came complete with little rubber spurs and a horse on each side. We thought we had died and gone to cowboy heaven. We wore those little boots around even when there was not a hint of rain in the forecast. I remember walking around in the summer wearing only cutoffs and my special boots. We thought we were the height of fashion, stopping just short of wearing them to bed. We made lassos out of nylon rope and pretended our bikes were horses. This was big stuff.

As it turned out, my Mother was not the only one at the sale that day. Our neighbor, Mrs. Imbach was also there stocking up for her family. The Imbach's had a large family and the two youngest boys, Alan and Mark were a few years older than us. We looked up to these guys as heroes. They were good looking, musical jocks that seemed to be able to play any sport well and always had a plethora of girls at their beck and call. They would also take time to throw and catch a baseball with us, toss a football or help fix a wayward bicycle chain. What wasn't there to like?

I think we would all agree to the need for rules and guidelines in the running of any educational institute. I honestly don't think anyone started out to write an encyclopedia of rules, but as every year went on, more and more rules got added. Then there were rules about the rules and so on and so on.

There was one rule that forbade the wearing of cowboy boots indoors. A strange rule indeed until you understand the why. The "why" was to help preserve the floors. We didn't have the luxury in Alberta of having hardwoods like oak, maple and ash like many parts of Canada and the US. Most of the floors were made of a soft pine, cut and milled at Prairie's own lumber mill, miles from campus, in the foothills of the Rocky Mountains. The floors were varnished and would quite easily wear or dent. The sharp heel of a ladies shoe or cowboy boot delivered with a purposeful walk could actually damage the floor. It wasn't that the administration didn't like cowboys or had something in for those who wore cowboy boots, it was simply a practical rule. What had its genesis as a simple rule began to take on a life of its own and was added to and interpreted in many ways. Some felt that cowboy boots signaled rebellion and “bad attitude”, right up there with the sin of boys sporting duck-tails as part of their hair fashion.

Mark and Alan showed up at school wearing their newly acquired red and black rubber "cowboy" boots. The Principal at the time, whom I will call Mr. Fischmann, took one look at the offending footwear and deemed that particular offense to fit under Rule 10, subsection C, which covered the wearing of cowboy boots. He confiscated the contraband and made the boys return home, walking only in their stocking feet. This, my friends, is legalism run amok. The Principal was so intent on following what to his thinking was the letter of the law, he missed the entire point of the rule in the first place.

I am thankful every day that I was raised in a "legalism free" home, but I have certainly been exposed to its tentacles for many years and can smell its putrid stench from a mile away.

If you find yourself in the abyss of legalism or slowly sinking into the mire, may I encourage you to pause, take a time out and consider the why. I can assure you that I have never seen much good come from legalism and the collateral damage that it causes is deep and hurtful. Instead, let's all try and practice mercy, peace, tolerance, love and understanding.

I love that saying about never judging a person until you have walked a mile in their shoes . . . or boots . . . or maybe even stocking feet. 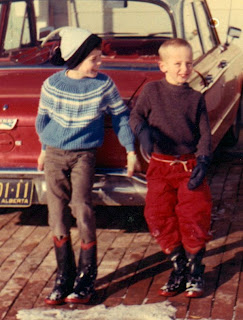 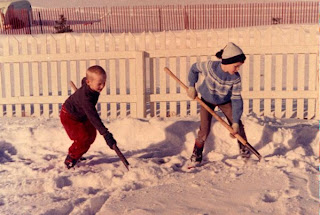 Dave and I in our rubber cowboy boots