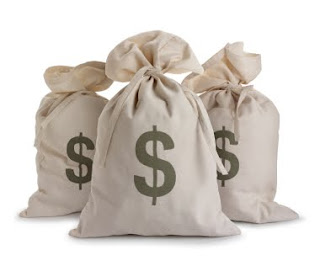 In March of 1993 it was my privilege to accompany my friend Bob MacKenzie to the annual MIDEM show. MIDEM ( Marché International du Disque et de l'Edition Musicale) is the world's largest music industry trade fair. The convention has been held annually at the Palais des Festivals in Cannes, France, since 1967. Bringing together musicians, business people, cultural policy makers and journalists from many countries, it provides a forum for business talks, and the discussion of political and legal issues. The convention allows for showcasing new artists, musical trends and music related products, hosted in one of the most idyllic settings in the world.

I traveled from Calgary, Alberta, Canada and Bob journeyed from Nashville, Tennessee. Bob had vast industry experience, having owned studios, and record and publishing companies as well as having produced hundreds of records. I was looking forward to learning from one of the industry veterans. We had agreed that we would meet at the top of the stairway in the main train station in Milan, Italy at a predetermined time. My flight connected through Toronto. As luck would have it, that very night, Toronto saw one of the worst snow and ice storms on record. One of the few times in the history of the airport, Pearson was completely shut down and all flights were canceled.

I knew that Bob would be patiently waiting for me at the top of that long flight of stairs. Having no way to contact him, (this was pre-cell phone era), I called his wife Joy in Nashville and let her know of my predicament. I suggested that if Bob were to call home, she inform him of my whereabouts and see if he could meet me the next day, same time, same station. I also called my wife in case Bob were to contact her to see what had become of me. I spent the night in Toronto and made my way back to the airport early in the morning, hoping to work out a way to get to Milan. I was able to get on a flight and everything went off without a hitch.

Landing in Milan, I took a cab to the main train station and there was Bob, large as life, grinning from ear to ear. He had spent some time looking over schedules and maps and decided that there was just enough time for us to take a slight detour. He wanted to go and visit Venice before the conference was to start in Cannes. So off we raced to the other end of the station, boarding the train just as it was pulling out. Venice is a delightful city, full of as much "old world charm" as a person could ask for.

We were able to hit a number of high spots, including the massive Cathedral of San Marco which sits on the Piazza San Marco. The cathedral dates back to 828 and is one of the finest examples of Byzantine architecture in all of Europe. We walked many of the narrow city streets where past historical luminaries trod, Marco Polo and Vivaldi among them. Charles Dickens, the great English novelist, spent a brief period in Venice during a tour of Italy, and the city inspired a dream sequence in his work Pictures from Italy. We followed our ears to the sound of beautiful classical music coming from a side street. There we discovered a wonderful string quartet playing in a quaint little concert hall on the second floor of an ancient building. The two of us dined on some fine Lebanese cuisine and explored some of the city's canals by gondola before boarding the train to Cannes. Along the way we were able to taste some of the local flavor and enjoyed shopping in the outdoor markets for fresh fruit, vegetables and cheese.

Set on the glorious French Riviera, Cannes is right next door to the Kingdom of Monaco, with it's uber wealthy. Monaco is the second smallest country, by land size, in the world; only the Vatican City is smaller. Monaco is also the world's second smallest monarchy and principality to be more exact, and the most densely populated country in the world. A wonderful harbor, with hundred of luxury yachts from around the world, sits at the base of the city, a prominent feature of the area. High on the cliffs above sits the Jacques Cousteau museum and headquarters.

Bob and I stayed in a small pension called Hotel de Paris and we were just a few blocks walking distance from the main conference center. Lectures and presentations were given by many of the leading lights in the music industry. Of particular note was a talk given by Thomas Dolby of She Blinded Me With Science fame. Mr Dolby's topic was on the future of music, and although it was forward thinking for that time, I am sure he had no idea where we would be today. Most of the main record companies in the world had booths set up and manned by their representatives at the convention. There were artist showcases to attend, special events and dinners planned and many people to meet.

After one particularly busy day, Bob and I thought we would go over to Monte Carlo and have a nice sit-down meal and relax. It was only a short walking distance from the convention center, so off we went. By this point it was evening and starting to get a little dark. There were thousands of people walking back and forth on the main cobblestone esplanade. As we walked, we heard the sound of an engine and a fair amount of commotion behind us. I turned to look, and there was a long black Mercedes stretch limo coming straight down the walkway, parting the people as it slowly moved forward. As it came up alongside us, I noticed the back door was open. Then I heard the tinkle of coins. Looking again at the car, I realized that someone inside was holding a burlap sack and was literally pouring coins out onto the street. Hundreds of coins, no, thousands of coins, substantial looking coins! By now people were scrambling to pick up the treasure. Some were beginning to push and shove in their greed and eagerness, to latch onto some of the impending wealth. Not wanting to be left out, I stepped on a number of the coins and then picked them up. It was too dark to really make out what they were, so I put them in my pocket. You never know, they could have been pieces of eight! The limo continued on its way, slowly heading towards the bright lights of the restaurants, hotels and casinos of Monte Carlo, the jingle of it's diminishing treasure slowly fading as it went.

After we arrived at the restaurant, I fished the coins out of my pocket and discovered they were all Russian rubles. I realized that these were not the gold pieces of eight I was hoping for and I had not been the recipient of anyone's generosity. The Russian ruble has faced numerous challenges since it was first introduced more than 500 years ago. During the period of hyperinflation of the early 1990s, the ruble was significantly devalued. A new set of banknotes was issued in the name of the Bank of Russia in 1993. No less than seven different permutations of the Russian ruble have existed in its history.

That very day, the Russian ruble had completely collapsed, rendering the hapless currency almost useless. The owner of the coins was obviously making a statement and was letting all within earshot know how little his wealth was worth. Upon returning home, I put the 5 or 6 coins in a little leather bag, intending to give them to our kids as souvenirs. They were on a shelf in my home office and mysteriously disappeared after we had an out-of-town crew doing some work at the house. Who ever took them would have quickly discovered how little they were worth. I am reminded of the writer of the Gospel of Matthew whose wise counsel talks about the futility of storing up earthly treasure. I assume that includes Russian rubles.